Joris Oosterhuis is the seventh person to receive this certificate since the first one was presented in 2015. Jan Willem Martens, the founding father of the precursor DSPE certification programme, paid a surprise visit to Oosterhuis’ home, to present him with the certificate and flowers.

Euspen’s ECP2 programme grew out of DSPE’s Certified Precision Engineer (CPE) programme, which was developed in the Netherlands in 2008 as a commercially available series of training courses. In 2015, euspen, DSPE’s European counterpart, decided to take certification to a European level. The resulting ECP2 programme reflects industry demand for multidisciplinary system thinking and in-depth knowledge of the relevant disciplines. To promote participation, a certificate scheme was instigated. The Bronze certificate requires 25 points (one point roughly equals one course day); Silver requires 35 points and Gold 45 points, which qualify a participant for the title ‘Certified Precision Engineer’.

Joris Oosterhuis studied Mechanical Engineering at the University of Twente (NL). “As a child I was already fascinated by things that work and move.” In Twente he also obtained his Ph.D. degree in the field of thermal engineering. “The combination of energy and heat transfer with flow I find particularly interesting.” The topic of his thesis: “Oscillatory flows in jet pumps: towards design guidelines for thermoacoustic applications”. In 2016, he joined Philips Engineering Solutions as a technologist Thermal & Flow.

He immediately kicked off by following a training course on thermal effects in mechatronics, combining his own specialty with one of Philips Engineering Solutions’ strongholds; mechatronic system design. “There I learned about high-precision applications of thermal & flow engineering, for example how to measure temperatures at mK precision and how to position and mount temperature sensors optimally.” In the subsequent years he undertook the ‘standard training package’ of Mechatronics system design – part 1 and 2. “This allowed me to broaden my scope and to learn from the classical examples, such as the CD player and the wafer scanner.”

In recent years, he widened his engineering perspective even further, with the Applied Optics – “more physics depth and more insight through the practicals” – and the Motion Control Tuning training courses. “Jointly with a few colleagues we refreshed our control knowledge. In a subsequent, internal training, we will translate this knowledge to the thermal domain.”

Altogether, the five ECP2 training courses that Oosterhuis has followed thus far, all at The High Institute, earned him the Bronze certificate. “I was really surprised that such a big fuss was made about it. I would reckon every high-precision engineer in this region will over the years have followed this number of courses.” This partly comes from his own motivation, and partly is due to the stimulus from his managers, who devote ample attention to training and coaching.

In any case, his extensive training has helped him in the wide variety of projects that he has worked on during the nearly six years he has now been with Philips. This ranges from the thermal design of a baby bottle warmer for Philips to the cooling of a Philips CT-scanner or the high-precision design of a thermally balanced module for an ASML lithography machine. For the latter, he has also followed an intensive (non-ECP2) vacuum engineering course. He is now aspiring to immerse himself in system architecture, adding even more to his post-academic curriculum. 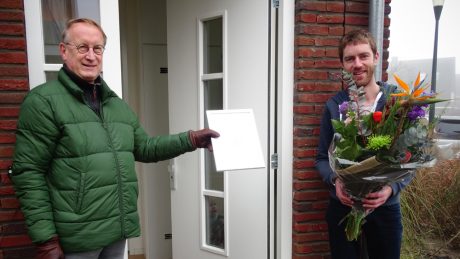 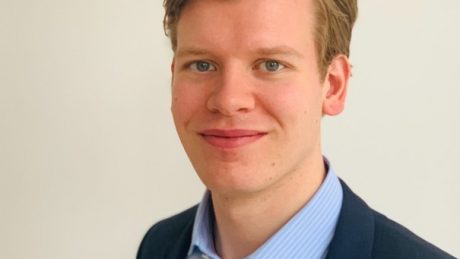