During the online programme of the 2020 Precision Fair, the Wim van der Hoek Award was presented under the auspices of DSPE. The prize went to Teun van de Sande,...

During the online programme of the 2020 Precision Fair, the Wim van der Hoek Award was presented under the auspices of DSPE. The prize went to Teun van de Sande, who graduated from Eindhoven University of Technology (TU/e) on the design of a complex motion mechanism. The mechanism has to function under tight space constraints and extreme low temperatures. “To that end, Teun eminently applied Van der Hoek’s design principles”, according to the jury. “He has been very conscientiously in setting up and elaborating this multidisciplinary design.”

The Constructors Award is presented every year to the person with the best graduation project in the field of design in mechanical engineering at the Dutch (and Belgian) universities of technology and universities of applied sciences. This award includes a certificate, a trophy made by LiS (Leidse instrumentmakers School) and a sum of money, sponsored by HTSC; the TU/e High Tech Systems Center.

Criteria for the assessment of the graduation theses include quality of the design, substantiation and innovativeness, as well as the suitability for use as teaching materials. The jury, under the presidency of DSPE board member Jos Gunsing (MaromeTech), received a total of eight nominations from two universities of technology and two universities of applied sciences. “In all cases it concerned high-quality work”, the jury said. The nominees have been invited to attend the DSPE Conference on Precision Mechatronics 2021 free of charge.

Mechanical Engineering at TU/e. This summer, he graduated on the design of a complex motion mechanism. He performed his graduation work at Prodrive Technologies in Son (NL), where he was challenged to design a mechanism that has to function under tight space constraints and extreme low temperatures. He started his assignment with a system decomposition resulting in two major design issues to solve. In the first place, the design of a non-overdetermined support of a fragile sensor including its strict requirements on cooling.

Secondly, the design of a linear-guidance-based retraction mechanism with a well-defined pretension and without end-of-stroke collision forces. “Teun’s analytical and experimental skills, enthusiasm and eagerness to learn, together with the ability to transfer newly obtained knowledge in a structured manner to team members, allowed him to solve both issues and to create a fully integrated product design as well”, his supervisor at Prodrive, Ron Hendrix, states. The jury adds: “In his design, Teun eminently applied Van der Hoek’s design principles. He has been very conscientiously in setting up this multidisciplinary design. Various concepts were elaborated well, he substantiated his design choices thoroughly and his report is a pleasure to read.” 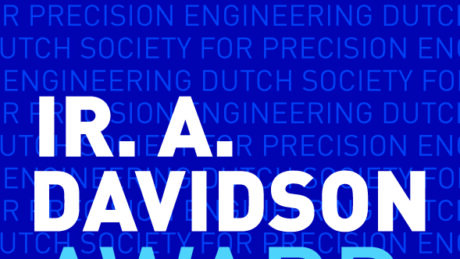 We are happy to announce that DSPE will be awarding the 9th Ir. A. Davidson Award this year.   Unfortunately last year’s award has to be postponed due to COVID,... 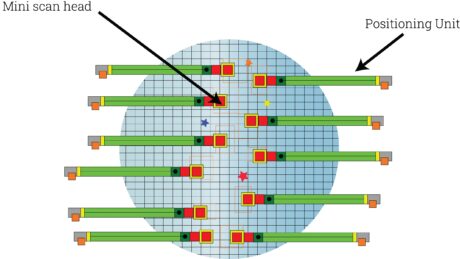 In the semiconductor industry, Moore’s law comes with increasing and complex demands and the need for advanced process control metrology. Nearfield Instruments fulfils these needs with their high-throughput scanning probe...