Prize for multidisciplinary, enthusiastic system architect During the 20th edition of the Precision Fair, held this year for the first time in Den Bosch (NL), the Ir. A. Davidson Award...

During the 20th edition of the Precision Fair, held this year for the first time in Den Bosch (NL), the Ir. A. Davidson Award was presented to Kees Verbaan. Verbaan is a system architect at NTS Development & Engineering Eindhoven. He received the prize for his crucial contributions to complex NTS projects and his broad commitment to knowledge sharing and the development of his profession.

The DSPE board presented the Ir. A. Davidson Award to Kees Verbaan on the afternoon of Wednesday 10 November. The purpose of the prize is to encourage young talent by recognising the efforts of a precision engineer who has been working for several years at a company or institute and has a proven performance record that has been acknowledged both internally and externally. Candidates must have also demonstrated an enthusiasm for the field that results in a positive effect on young colleagues. The biennial prize, which was established in 2005 and was now presented for the eighth time, is named after an authority in the field of precision mechanics who worked at Philips in the 1950s and 1960s. The prize comes with a certificate, a trophy and a sum of money sponsored by DSPE. The trophy was created by the Leidse instrumentmakers School in the form of the handbook on precision mechanics that Davidson used as a foundation when forming the constructors community at Philips.

Once again, the jury received a large number of nominations for the Ir. A. Davidson Award; this year even ten. The jury’s choice ultimately fell on Kees Verbaan. Verbaan studied Mechanical Engineering at HU University of Applied Sciences Utrecht and Eindhoven University of Technology, where he subsequently obtained his Ph.D. degree in 2015 with Prof. Maarten Steinbuch for research into the role of damping in the control of precision systems. He then started working as a system architect at first-tier system supplier NTS in Eindhoven. In this position, he focuses on design challenges related to accurate positioning in complex machines. In doing so, he uses his extensive knowledge of design principles and in particular passive damping, the subject of his Ph.D. research. Also, in a leading role, he made crucial contributions to challenging projects that are very important to NTS.

According to the jury, as a system architect Verbaan can easily balance the required depth in the technology, and the cost price target and other preconditions from the customer. Due to his enthusiastic and constructively critical attitude, he always manages to get the project team on board. He is also not afraid to get his hands dirty – proverbially – by helping with assembly in the cleanroom if necessary or by providing pizza if the team has to work long hours. In addition, he is involved in knowledge sharing and competence building inside and outside NTS. He always makes time for coaching colleagues and students, and contributes to meetings of DSPE and international associations. In his specialist field, passive damping, he contributes as a teacher to two courses of the High Tech Institute via Mechatronics Academy.

All in all, Kees Verbaan can move easily through a wide range of disciplines and activities, both theoretically and practically. He does this with his characteristic helpfulness and enthusiasm, according to jury chairman Willem Tielemans. “He is interested in the direction in which his profession is developing and helps his employer to respond to this. In this way, he knows how to direct and connect others in order to jointly drive developments. All this makes him a true professional in his role, an asset to the field of precision technology and a deserved winner of the Ir. A. Davidson Award 2021.”

Note for press (not for publication)

Attached please find a photo, with the following suggested caption:

Kees Verbaan proudly showing the certificate and trophy that come with the Ir. A. Davidson Award 2021. (Susanne van Doornik Mikrocentrum) 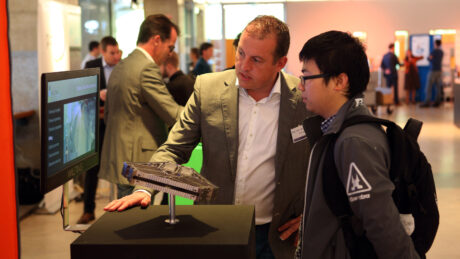 The DSPE Optics and Optomechatronics Symposium is the second edition of the bi-annual event, which started two years ago in Eindhoven, the Netherlands. The target group includes engineers who can... 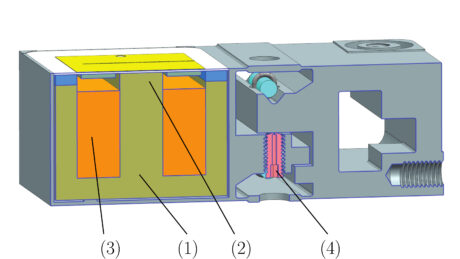 A systems engineering approach to the design of a wafer handler is presented in this Mikroniek article, starting with an introduction to wafer handling, followed by the corresponding requirements and...

After 2 succesful editions we organise a third course 27, 28 and 29 September in 2021. The course focuses on the mechanical and mechatronic design for optical systems and is intended...