Wouter Aangenent, senior architect and project leader at ASML, received the Ir. A. Davidson Award for his leading role as a specialist in control/mechatronics and his enthousiastic commitment to knowledge...

Wouter Aangenent, senior architect and project leader at ASML, received the Ir. A. Davidson Award for his leading role as a specialist in control/mechatronics and his enthousiastic commitment to knowledge transfer.

Authority in precision mechanics
DSPE board member Toon Hermans, managing director of Demcon Eindhoven, presented the Ir. A. Davidson Award on the afternoon of Wednesday, 16 November. The prize aims to encourage young talent and is intended for a young precision engineer who has worked for some years in a company or institute and who has a demonstrable performance record that has been recognised internally and externally. Candidates must also use their enthusiasm to have a positive effect on young colleagues. The biennial prize, which was set up in 2005, is named after the authority in the field of precision mechanics at Philips in the 1950s and 60s. The prize comes with a certificate, a sum of money and trophy. This trophy, made by the Leiden Instrument Makers School (LiS), represents the handbook in precision mechanics with which Davidson laid the foundation for the constructors community of Philips.

Enthousiastic champion
This year, the Ir. A. Davidson Award procedure started with a large number of nominees. The panel of judges, however, was unanimous in its decision to honour Wouter Aangenent. He studied Mechanical Engineering at Eindhoven University of Technology (TU/e), the Netherlands, and obtained his Ph.D. at the same university in 2008 on a control subject. Subsequently he started within TMC, the high-tech engineering company that encourages its employees to develop their entrepreneurial skills, to work for ASML. In 2010 he was enlisted by the Veldhoven-based lithography machine builder, where he now serves as a control architect and project leader. He has grown to become one of the leading specialists in control/mechatronics. In that capacity he has become a champion of an ASML-wide Way of Working for control design, guaranteeing high performance and robust controller implementation in all machine modules. Wouter Aangenent is very active in transferring his knowledge to, and enthusing (upcoming) talent. For instance, he regularly delivers presentations at conferences and encourages colleagues to do the same. He was one of the initiators of the ASML Servo Control training and provides this training to (new) employees, in the Netherland as well as in the USA.

Also beyond ASML he promotes knowledge transfer , for example via the Mechatronic Systems Knowledge Exchange working group, where concrete mechatronics knowledge sharing in the Eindhoven region takes place. Further, he maintains close contacts with TU/e and supports Master and Ph.D. projects. To conclude, the Ir. A. Davidson Award judges underline the enthusiasm with which Wouter Aangenent, over the years, has participated in special projects, such as the TU/e RoboCup team and the design of a table-top hockey robot at TMC.

More information about the ir A. Davidson Award

Meet new people from your field of work, expand your network or catch up and chatter with acquaintances like you are at a real event.  Next week, on 25 March,... 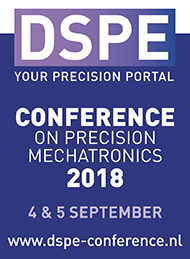 Short abstracts of papers/demonstrations/posters (in English, max. one A4 page and preferably including illustrative pictures and photo’s) should be send to info@dspe-conference.nl.   The Program Committee of the Conference will... 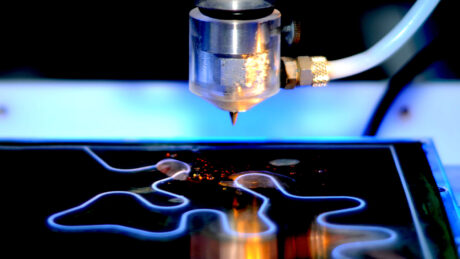